I’m freshly back from Malvern quilt show. As usual it was brilliant! Thank you so very much to everyone who stopped by to see us, we had such a giggle. I managed to do a whistle stop tour of the quilts during the last hour of Sunday. I didn’t manage to snap them all but have attached  a slide show so that you can enjoy them too. My personal favourite was the black and white Flying Goose, it was simply stunning. Which one do you like best?

Just a quick line to let you know that I will be at the Three Counties Showground this week Thursday, Friday, Saturday and Sunday. My pitch, Quilting Antics,  is right by the front door and ALL my quality craft cottons are priced at £6 per metre; no cheap cotton poplins on our stand!

If you’re visiting stop by to say hi, its great to meet old friends and make new ones. 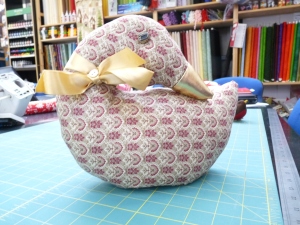 Muriel, not my mother in law the other Muriel, came in the shop today. Muriel is a very good friend of the shop and has made these wonderful Christmas bits and bobs. The fabric really sets off the duck doorstep as it has a feathered effect and just look at the eyes…they are courtesy of my Grandma’s button box; I love it when Grandma’s buttons get used because it means that she is still with us. Awwwww.

And as if that isn’t enough look at the oh so cute snowmen…Merry Christmas everyone. You can send me your pics of Christmas bits and bobs if you like, so that I can show them off for you and share ideas with other people in our community. 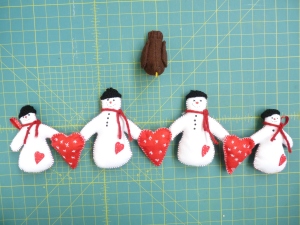 The rep called this week. I had, had a stern word with myself beforehand and made myself promise to myself that I would show this rep who is boss and refuse to order even a single bolt. Hey ho as most quilters I meet, those who usually start with the immortal words  ‘I wasn’t going to buy any fabric today’  I gave in at the first hurdle so have a look and tell me if I did the right thing.

Arriving in September.  About Town, from Whimsicals for Red Rooster. It is a very similar range to the owl one that they brought out last year, in fact I bet the two ranges would even work together they are so similar. You may have to click on the photo’s for a better look at the detail 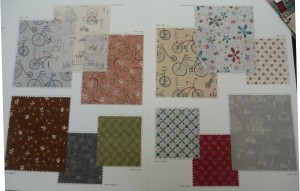 Next in October is My Sunshine from Riley Blake, very trendy fabric for big girls as well as little ones. A very contemporary range

Last but not least in the new year (yes you did read that correctly) there will be a range called Giraffe Giraffe again by Riley Blake. 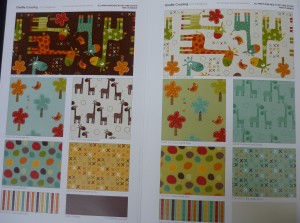 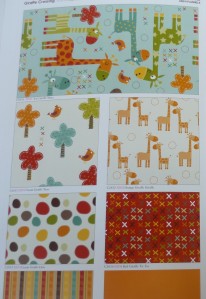 So peeps what do you think? Am I on the right tracks?

I feel like a spoil sport but I am going to drip feed the story of this weekend to you over the next couple of days mainly because I don’t have enough time to crop all the picky’s in one session.

Last September we began our first two sampler quilt classes and since that time as a group we have been through many trials and tribulations; which I would like to think that we have helped each other through and that Quilting Antics has been a place where ‘our girls’ can relax and escape their problems of the day.

However today’s post is not about a problem it is a celebration…Tess is having a baby! Unbeknown to Tess the girlies have made her a baby quilt, Natters (wise owl) was our mole as she moonlights at Chipmonks day nursery where Tess’ son goes and pumped her for info on ‘what sort’ she was expecting this allowed Michaela (aka Tallulah) to design the baby quilt, I hope you can appreciate it from the photos. Tess was completely caught by surprise which was brilliant , and I think it’s fair to say that she liked the quilt judge for yourself and have a look at the pic 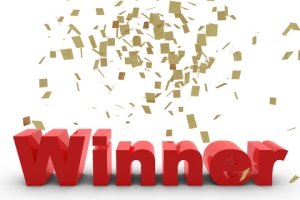 Much excitement in the house tonight, all the names and addresses collected at Quilts Uk, Malvern were put into a hat and…drum roll…Congratulations Jean Smith, your name was pulled out of the hat You have won the Quilting Antics free show giveaway which is a selection of Clover Yo yo makers; I hope you really enjoy using them.

Ta Dah!
At last the completed slideshow; I hope you enjoy it as much as I did. There are a few photos missing but these are ones which I have previously featured in other slideshows. The standard of the work at Malvern was simply stunning.
We will be making the draw for the giveaway tonight after everyone’s name has been put in the hat and I will let you know tomorrow who the lucky winner is.
Image

Pearl of the day by Big bird

Pearl of the day by Big bird